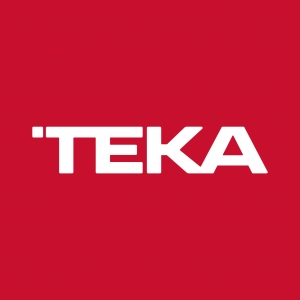 Teka has a history of more than 90 years, since the beginning of its activity manufacturing agricultural machinery, until now, becoming one of the most important appliances brand around the world.

Teka history began in 1924, when Karl Thielman founded an agricultural machinery company in Germany, and focused on this sector for the first years.Shortly after, he began to work in stainless steel, an essential step forward in the history of the corporation.

In 1957, Helmut Klein joined the company as a partner. It was then when Teka was created as a trade mark, with the initials of both of their founders, Thielmann & Klein.

From then on, products under Teka name began to be sold. In the early days Teka just manufactured sinks. During the following years, the success of the products gave Teka the chance to expand their catalogue and to manufacture cookers, ovens and hoods.

In 2018, Teka introduce its new position and new slogan, “Cook the way to life”. The company has undertaken the largest advertising campaign ever done in Teka’s history, with a short film directed by Goya awards nominee Marina Seresesky, and with music from Glenn James Hansard – Academy Award winner for best original song in a film. Teka cooperates with Fundación Alzheimer España (Spanish alzheimer’s foundation) for this campaign. The video reached 13 million views in a month, becoming a record in the industry.

Nowadays, the success of Teka products have gone around the world, until reaching massive awards and success, like in the spanish market, where half of the households own a Teka product.